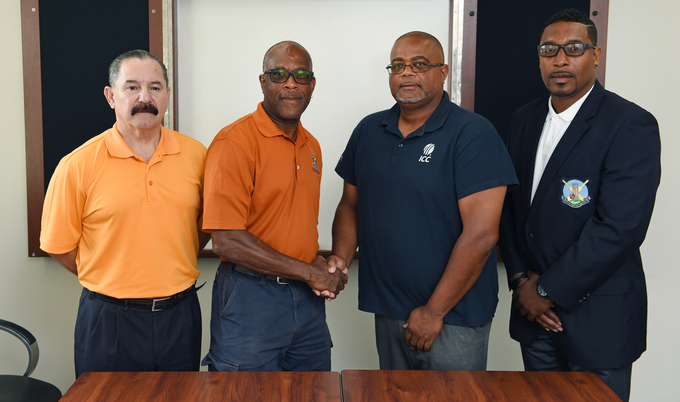 FOR IMMEDIATE RELEASE – [Wednesday, July 3, 2019] The Executive of the Bermuda Cricket Board (BCB) are pleased to announce an agreement with The Eastern Counties Cricket Association (ECCA).

The purpose of this Memorandum of Understanding between the BCB and the ECCA is to set forth an agreement for the exchange of information and where mutually beneficial, the collaboration on initiatives, including: cricket programs, match regulations, best practices, scheduling and public relations.

Moreover, to identify and agree the roles and responsibilities of each party as they relate to their common aim of promoting cricket in Bermuda generally, and in the Eastern Counties in particular.

President of the Bermuda Cricket Board, Lloyd Smith said: “As I came on as President, I understood that we had a lack of communication between the association and the county groups, as well as Cup Match, so one of my goals were to have an agreement with all the other entities of cricket.”

Steven Douglas, ECCA President added: “On behalf of the executive & members of the ECCA I would like to say thank you to the two teams that worked hard to get this MOU completed. We started back in 2016 so I am glad it is finished — both the ECCA and the BCB can now focus on moving cricket forward.”

Through this MOU, the BCB and the ECCA express their wish to develop and structure their cooperation to work together, with cricket as a vehicle towards the shared objective:

“To be committed to excellence in the playing and development of cricket, both on and off the field.”

Also present during the signing held at the Bermuda Cricket Board was BCB Executive Director, Calvin Blankendal and Vice-President of the ECCA, Lieutenant Colonel Edward J Lambe. 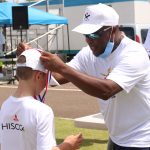